"Leadership and learning are indispensable to each other." John F. Kennedy

The Power of Leadership

President John Kennedy had the ability to activate people by asking what they could do for the nation. Mother Theresa inspired us all, by giving nourishment to the hearts of all people. Martin Luther King Jr’s words added a new magnitude to the way a society looks at itself. Greta Thunberg inspired a generation of young people to stand up and fight for what they believe in.

These leaders and others have something in common. They had the ability to move people to greater achievements, to appeal to the highest motives in the individual and to help everyone feel involved. Their empowering style of leadership is relevant to all of us, where success depends on the ability to influence, motivate and to inspire others, because of ‘who’ they were.

Whether you call yourself a leader, a manager, a coach, a parent, an administrator, or president, your most important resource is your people.  The most crucial element of success (in reaching your goal) is your ability to influence, inspire, motivate and encourage the people you lead. Embarking on this journey can begin a whole new meaning to the life of a leader.

Why focus on leadership?

The Trump presidency was the motivation to start thinking and planning a course on leadership. It seemed to me as his presidency evolved many people were inspired by his actions, words, leadership, and his willingness to do anything to achieve power. On January 6 2021 the actions of a few storming the US Congress was the final tipping point. I was either part of the solution or I was part of the problem, I decided to be part of the solution.

Why is Zen and Leadership and what is the connection?

There is an abundance of books, courses, and columns that offer to share the secrets of success and leadership. The concept of leadership has been looked at, researched, and taught, so why are good leaders so rare? I believe the answer can be found in our ability to look inwards.

Zen leadership may sound like a truism, but I believe it’s the key to true leadership. Many, politicians, CEOs and others project power onto others, forcing their way and imposing their values on those they lead. You can see examples of forceful, manipulative leadership all over the news recently, with wide-reaching negative impacts upon our society.

There are many successful leaders, but are rarely the ones you hear about, they don’t make the news. I believe that successful leaders are the ones who can focus their attention inwards and find a sense of calm and peace that draws others to them. It’s just about becoming more authentic—more real, more human and a better leader. This desire to start and create a new dialog about leadership led me into the world of ZEN. It started for me with an interaction with a ZEN Monk Paul Reps. He asked me a simple question, which changed the direction of my life in so many ways.

Zen is characterized by meditation practice, insight into our true nature, and (most importantly) expressing what insights we gain in daily life. Zen also has some great stories, which many other Buddhist traditions lack. Not that stories are critical, but I like them and stories provide powerful access wisdom.

The really short answer is this: Zen Buddhism is minimalist. Zen meditation is mainly about following the breath as well as emptying the mind. It also includes a few deeper things like meditative inquiry and riddles.

Leaders are born the day that they decide to start – Geoffrey

This is a stimulating, rewarding monthly program that prepares you to take their next step. During the ZEN: The Art of Leadership offers you the opportunity to look at leadership from different perspectives and ask questions.

Each month we explore a new topic and through exercises, articles, mini seminars and discussions you can increase your understanding and use the practical skills, such as creating agreement, focusing on solutions, resolving conflict and working as a leader.

You expand your context of leadership and have more of what you want as a leader. You learn an amazing amount about people, which will serve you in personally and professionally with your interactions with others.

The Art of Leadership is experiential education at its best, replacing what often takes years of experience to learn. The monthly webinar format with Q&A and follow up material allows for steady leadership growth.

Benefits for YOU as a leader and your team:

“Be yourself–not your idea of what you think somebody else’s idea of yourself should be.” –Henry David Thoreau

Each month we focus on, discuss and build upon a different Leadership Skill:

If you miss a webinar do not worry as all webinars are archived for you. 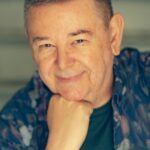 Welcome and thank you for taking the time to read my website information. The challenge in reading the information on a website you only get part of the story and if you are curious and would like to know more click on the link below. And we can talk, during a conversation you can get a sense of ‘who’ I am and I can get to know you. I would like to offer you time to talk and ask questions to see I can be of service to you, click on the button to book a 1 on 1 – all the best Geoffrey

Schedule a Free 1 on 1
To Register